Smart Motorways – Are They Safe?

Smart Motorways – Are They Safe? 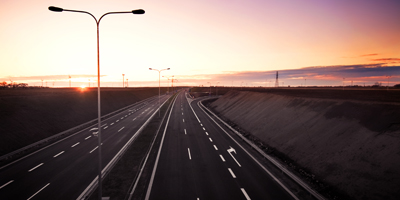 As the use of technology rises, motorways in the UK are being transformed into ‘smart motorways’. This is where hard shoulders are being converted to live lanes, allowing a larger number of cars to travel on the motorway to try and decrease congestion.

Where Are Smart Motorways Being Made?

There are currently over 350 miles of motorways planned to be changed into all-lane running routes.

How Do Smart Motorways Work?

The idea of Smart Motorways is to transform the current hard shoulder on the motorway to an active lane – allowing more vehicles to keep moving. These motorways will then have an ‘emergency refuge area’ that does a similar job to regular hard shoulders – a place for motorists to stop if they are broken down.

What are The Problems With Smart Motorways?

There are a few issues with Smart Motorways. Firstly, the new ‘emergency refuge areas’ are only available at every 1.5 miles along the Smart Motorways, meaning that if drivers break down before this, there is nowhere for them to stop safely.

Research shows that drivers collide into stationary vehicles on current hard shoulders at 24 per week – 19% of which resulted in serious injury or death – leading to the Government being urged to rethink changing hard shoulders to ‘Smart Motorways’.

What Should I Do If I Break Down on a Smart Motorway?

Advice from authoritative highway companies, is that if you encounter a mechanical problem on a Smart Motorway, you should try to reach an SOS area. However, if you are unable to do this then the Smart technology should detect a broken down vehicle. Highways England will then close the lane, by using the red X closure signs. Drivers who ignore the red X closure signs will be given a fine and points on their license.

If you are facing road traffic prosecutions, contact our experienced solicitors to get the advice that you need.