Drug Driving – What You Need To Know

Drug Driving – What You Need To Know 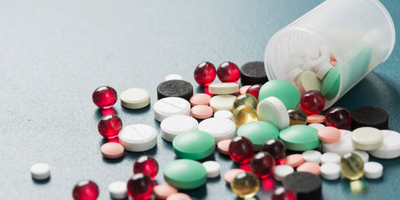 It is illegal to drive with controlled drugs above a specified level in your blood. This includes both illegal and medical drugs. The limits set for each drug are different, and for illegal drugs they are set extremely low. The offence is determined by how badly affected your driving is.

Causing death by driving under the influence of drugs may result in a maximum 14 year jail sentence.

How is Drug Driving Tested?

The police can stop you and make you do a ‘field impairment assessment’ if they think you have taken drugs. This is a series of tests, such as asking you to walk in a straight line and checking your eyes. They may also do a drug kit to screen for cannabis and cocaine. If they think that you are unfit to drive because of taking drugs, they will arrest you and you will have your blood and urine tested at the police station.

Even drivers that pass the roadside check can be arrested if police suspect that your driving is impaired by drugs. They can screen for other drugs, including ecstasy, LDS, ketamine and heroin at the police station.

This also does with prescription medicines, as it is illegal to drive with legal drugs in your body if it impairs your driving. Medicines that you have to be careful with include:

You can drive after taking these drugs if you’ve been prescribed them and followed advice from your healthcare professional, or they are not causing you to be unfit to drive.

What Are the Effects of Drugs and Driving?

Drugs affect people differently and also affect driving differently. The type of drug, dosage, length of time in the user’s body all impact how the driver is affected. Driving under the influence of drugs can affect your driving and also increase the danger if you have an accident. They may also cause:

What are the Penalties for Drug Driving?

If you are convicted of drug driving, you may end up with:

It will also be marked on your driving license, which will last for 11 years.

It could also mean:

If you’ve been convicted of driving whilst under the influence of drugs, contact our solicitors now to see how we can help.